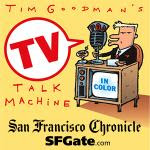 The Kaisers, Fausels, Barretts, Ananda and a Fausel co-worker had the pleasure of seeing Tim Goodman at the Jewish Community Center tonight. Goodman is the SF Chronicle's TV critic and he is a funny dude. His blog, The Bastard Machine, is a must read. He fires off great columns like these every couple of days, and his podcast (found on his blog) is 45 minutes of fun, sarcasm and a lot of great reader/listener questions.

Goodman knows his stuff, and tonight 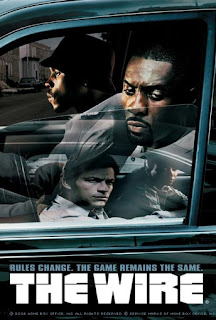 declared The Wire as his favorite show...ever. That's as in forever. Let's just say I'll be renting Season 1 very soon. Another highlight was the brother of a Wire cast member asking a question. That was our brush with stardom tonight, and it felt alright.

On a personal note, my intramural hoops team recently suffered a series of crushing defeats at the JCC (some by 60 points and that is with a running clock). I played so badly that I can barely remember the high school hoops hero I never quite was but who was 2nd in the EBAL in free throw shooting.

It was nice to return triumphantly back to the JCC. I'm so bad at hoops that I now define triumphant as a great night with friends listening to a cool, knowledgeable dude, and putting down two sugar cookies. Two points or two cookies and 7 friends? I'll take the cookies and friends everyday.
Posted by Unknown at 10:47 PM