I found this via Gruber's Daring Fireball blog. A hacker broke into half a million computers and then sent pings around the Internet to connected computers. The resulting image/map of the Internet is below. It feels like Internet Security isn't even close to keeping up with advanced hackers. It's an opportunity but also a little scary.

This Is the Most Detailed Picture of the Internet Ever (and Making it Was Very Illegal) | Motherboard: 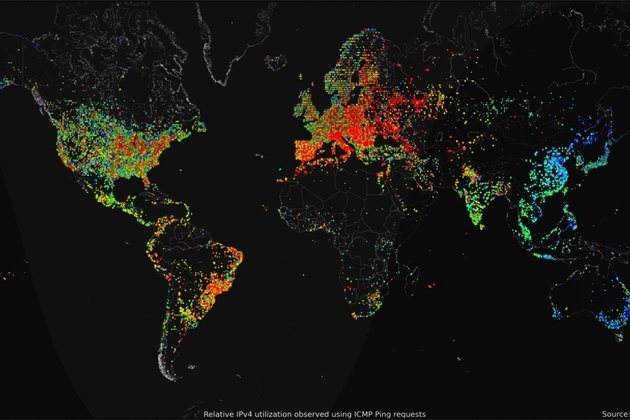