Will Apple need to cut margins on the iPhone?

"Whereas one would expect that in a highly competitive market torrid growth would only be possible with lower pricing and hence margins, the opposite is observed in the phone market during the last three years: 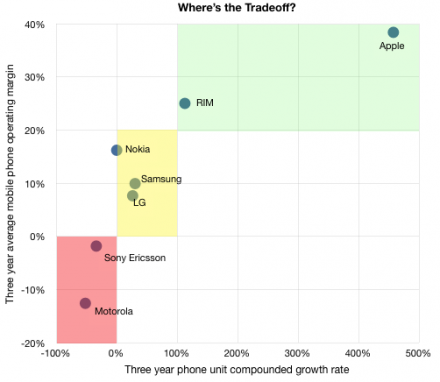