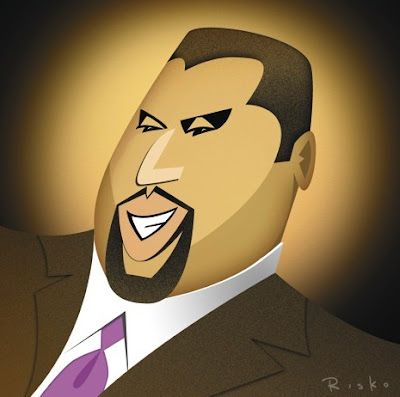 Very interesting New Yorker piece on Tavis Smiley, a political leader in the African American community, and his lack of support for Obama. According to the article, Smiley has been very slow to embrace Obama and has remained fairly critical. I've seen Smiley on Bill Maher's show and generally like him there.

I also really enjoyed the podcast interview of the writer, Kelefa Sanneh.

The article and podcast raise an interesting question, how do African American politicians and media personalities who have built a career out of "representing people of color," coexist with a President Obama (this is of course premature). If Obama wins, doesn't he automatically become the ranking voice on these issues? Are the power positions of these politicians compromised? I'm not sure what the fallout will be, if any because he needs to be elected, but this seems like a classic business question: Do I try to ride the disruptive force or fight it?

It seems to me that you would want to align yourself with Obama (the disruptive force), and benefit from his wave of popularity, at least in the short term. Instead, Smiley has chosen to try and differentiate himself and fight the disruption. This is a make or break move for him.
Posted by Unknown at 5:15 AM