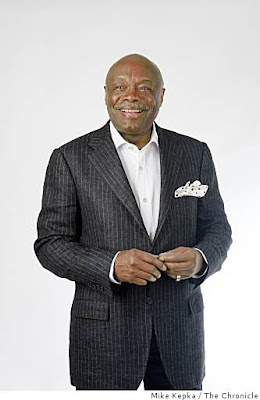 Willie Brown was the mayor of SF for 8 years before Gavin Newsome came along. He was affectionately called (or called himself) "Da Mayor" to reflect his ethnic roots. He was a funny guys, always dressed well, was accused for his share of shadiness but generally represented SF well. Before Mayor of SF, he controlled the Assembly of the State of California for 20+ years. The guy is a legit politician and has seen it all.

I love his new column in the SF Chronicle because he drops some serious knowledge on what the insiders are thinking and since he isn't running for anything anymore, he doesn't mince words. Cool column Sunday on Feinstein's effect on the California Governor race and also some pretty observant comments on the Friday night scene in downtown SF.
Posted by Unknown at 5:15 AM