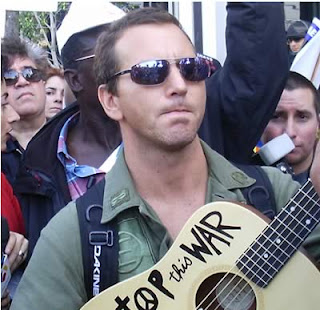 Great review of Eddie Vedder live from the LA Times. Thanks for passing it on Matt. My favorite anecdote from the review:

Such asides emerged only after Vedder calmed his first-night nerves; it took him five songs to even pause and address the audience. Pulling aside his long-sleeve flannel to reveal a battered Butthole Surfers T-shirt, he announced it as a talisman: It was the same one he'd worn during Pearl Jam's first show.

Eddie has never toured by himself before, which explains some of the nerves.

Things worked out and I'll be able to go to both Berkeley shows. My most anticipated songs are Guaranteed, Society, The Wolf (weird remix version but you get the picture), Oceans, Trouble and Black.

I'll leave you with this compliment the reviewer (Ann Powers) left Eddie:

That's where Vedder's charisma lives -- in the moment when feeling finds its way forward, growing more articulate as it is shared.