Here's to Your Health 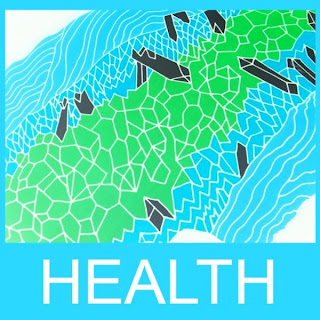 "An apple and a good band a day, keeps the doctor away."

Andrew Miller tipped me off to his brothers band, Health, and I'm officially a fan. BJ, Andrew's Brother, joined the band as a drummer and you can hear him everywhere on the disk.

My favorite song is Perfect Skin, which you can listen to below via Hype Machine. Health just played at the Great American Music Hall in SF (unfortunately I missed them) and in front of 700+ in LA. They're getting some pretty good buzz. See here.

A word of warning for you 30+ old's out there. This is the kind of music that "the kid's listen to." It's rocking but the guitars are pretty experimental. For those of you who are at the stage of life where you are more into Eddie Vedder acoustic, than Eddie Vedder from Ten and Vs., you aren't going to love Health. What the heck though, give it a shot.

For those younger ears, Health sounds like a rough, rocking, kick butt band.

Health's MySpace page is here.
Posted by Unknown at 10:41 PM