Internet as an Export Industry for the U.S.

Fred Wilson's categorizes the U.S. Internet business perfectly with this quote and chart below:
"Internet is one of the primary export industries in the US." - via Fred Wilson 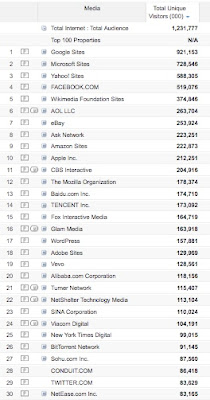 Thinking about the Internet as an export industry only recently occurred to me. I was talking to a VC friend of mine and we were talking about one of his portfolio companies which happens to be an Internet music startup. It's a fabulous company but a regulatory hurdle was really hurting them. Lobbyists were working against them and things weren't so great. I asked him what he did about it. His response (paraphrasing) was, "we hired our own lobbyists and pointed out to politicians that the Internet and specifically Internet music is a huge opportunity and U.S. companies are the worldwide the leaders in it but to maintain our leadership, we needed to sort out these regulatory hurdles."

The politicians agreed with the argument and now this company and its competitors have solidified their global leadership in this huge industry. They've exported Internet music to the world and it's tough to see how they won't be a leader for a very long time.

That conversation was a couple months ago but it's shaped the way I've thought about the Ben's Friends Patient to Patient support networks since then. Our patient networks are totally global and have been almost since day one. The most tangible benefit is that if someone is having a painful episode in the middle of the night, U.S. time, they can login into the site, and someone in Europe, Asia or Australia will be on the network and can give them support. This is a HUGE benefit and like most things, we stumbled upon it. However, it's bigger than that because we've come to see ourselves as exporting patient support across the world. Patients on our networks have been meeting up internationally with regularity and it's interesting to watch the pace of these meetups accelerating. It's a fun time to be on the ground floor of an Industry that has a captive audience in the U.S. and also a huge potential audience across the world. Thanks to Fred Wilson and my investor friend for pointing it out to me when I didn't see it right in front of me.
Posted by Unknown at 9:45 AM