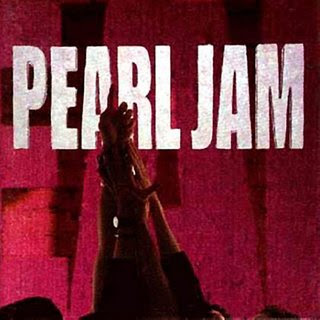 That's how it all started with Ten. Pearl Jam's first album. I became a full fledged PJ nut and I only got more into them with Vs. and Vitalogy. that's why I was fired up when Joel Hopman wrote in about the new Ten reissue. I'll be getting the super duper deluxe version.

John Hamilton covered this on his blog too. In fact, I think it was PJ fandom that made John and I first become friends.
Posted by Unknown at 6:00 AM