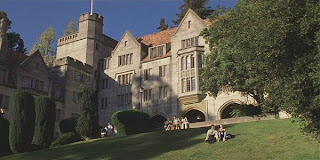 Another week in the books at Kenny Kellogg Headquarters. We're excited because there are two awesome shows coming up in June. First Neko Case early in the month, and then Wilco at the Greek Theater. I always enjoy "the Greek" because my freshman dorm is next door to it. Bowles Hall basically looks like a castle, and the amenities are about on par with the 15th century. The one bright spot is it's location. As a freshamn, my friends and I would buy "40's" and listen to the concert. Not too shabby for $1.99. :)

In honor of Wilco, our first song is Reservations. I told Corinna, the Queen of Larbage, that this song is a perfect example of Wilco's genius. Although this is the ultra-sensitive acoustic version. Here is another version with some instruments behind Jeff Tweedy.

Next up is another great song from Elvis Perkins called While You Were Sleeping. This guy is amazing. I'm so disapointed I missed him in concert a few weeks back. Don't make the same mistake I did...

I've been listening to a lot of Pearl Jam lately, and stumbled upon this awesome version of Betterman.

Finally, I'm a huge Counting Crows fan and I've been waking up to the their acoustic record they put out alongside their latest studio release. It features this song, Blues Run the Game, which is a cover of Jackson Frank. The Crow's are at their best here.