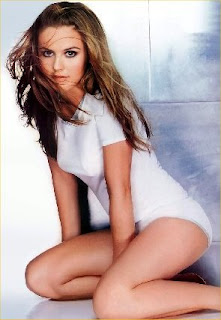 Amazing article by Peter Hartlaub of the SF Chronicle on First Concerts. My favorite quote:

"Whenever I meet someone who is super awesome, inevitably their first concert was something cool like Miles Davis at the Blackhawk in San Francisco, or Prince while he was touring for his "Sign O' the Times" album. And if you run across someone who is kind of annoying or wussy, nine times out of 10 their first concert will be Kenny Loggins on the "Danger Zone" tour."

First of all, I will defend Kenny Loggins' honor until the day I die. Danger Zone was probably the most important song to me (except for We Built This City by Starship) for a 5 year period of my life.

Second, there is a crazy funny quiz at the end to judge your coolness based on the experience.

What did you say dear reader? Oh, my first concert was Aerosmith at the Shoreline Amphiteater. I was actually more pysched to see Collective Soul, who opened for them, because that song Shine was huge. Call me crazy but I still like Collective Soul, especially the song November. Anyways, Aerosmith had recaptured their groove thanks to Alicia Silverstone and Cryin'. Those were the days.

My lasting memory: Lot's of old, old Aerosmith fans wearing leather and black t-shirts and looking at my crew of 16 year olds with disgust.
Posted by Unknown at 12:19 PM