Cool article by Carrie Brownstein, former guitarist for Sleater Kinney, on how Rock & Roll has gone the way of the beard. I found this at I'm All Ears. It's a great perspective that mirrors my own listening tastes. 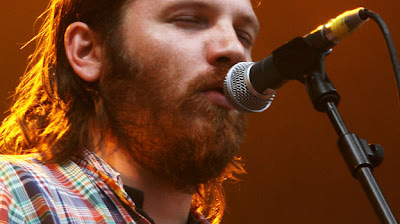 I think it's symptomatic of something that has been going on in our culture since 9/11 though. I think people sought comfort and understanding and found it in the gentleness of Bon Iver & the Fleet Foxes. The rebellion that Brownstein talks about in traditional Rock & Roll is real, but when compared against things like 9/11 and terrifying stock market crashes, it can seem self indulgent. I expect to see a lot more music rooted in rebellion in the coming years as we buck up a little, and feel more secure. Because when we feel safe and confident though, now that is the time for adventure...and Rock & Roll.
Posted by Unknown at 6:00 AM